Today, I'm excited to announce we've closed the first public issue on our GitHub repository, more than a year after it was originally opened: Containerization support! We're also releasing preliminary support for SAML 2.0 identity providers like Okta and OneLogin.

Docker is now the preferred method for deploying Firezone. Our automatic install script now uses Docker by default, and we even have a new Docker migration script that will non-destructively migrate your Omnibus-based Firezone installation to a Docker-based one with minimal downtime.

You can now deploy Firezone complete with valid SSL certificates and a provisioned administrator in just a couple minutes:

This also means Firezone runs on any platform that supports Docker, like my Mac in the video above. The automatic install script will probably barf on Windows, though. In that case, try the manual install method!

Docker offers a number of benefits over the old Omnibus-based method of deploying Firezone:

Omnibus was a popular choice for distributing self-hosted software before Docker was popular -- GitLab and Mattermost are two popular self-hosted products that still support Omnibus-based deployments today. It's still used in many cases where Docker can't be used (on the *BSDs, for example).

But, since Omnibus is effectively EOL in 2024 due to its reliance on Chef Infra Client, we've decided to deprioritize reliance on it, and dedicate those resources to containerized deployments instead.

Note: Beginning with 0.6, Omnibus support in Firezone is deprecated. We'll be removing support for it completely in a future Firezone release.

How to migrate from Omnibus to Docker​

We've written an in-depth migration guide to migrate your instance from Omnibus to Docker:

Most instances will migrate without issue. If you're running Firezone in production for your team or business, contact us so we can better understand how we can help with your migration.

Also in 0.6 is preliminary support for SAML 2.0 authentication. You'll need the IdP Metadata XML document to set it up. In most cases the identity provider will provide it for you. If not, you should be able to build it manually or using a tool such as this nifty online IdP builder.

In general we recommend using OpenID Connect integration over SAML whenever possible. It's simpler, tends to be implemented more consistently across identity providers, and much easier to debug when things go wrong. 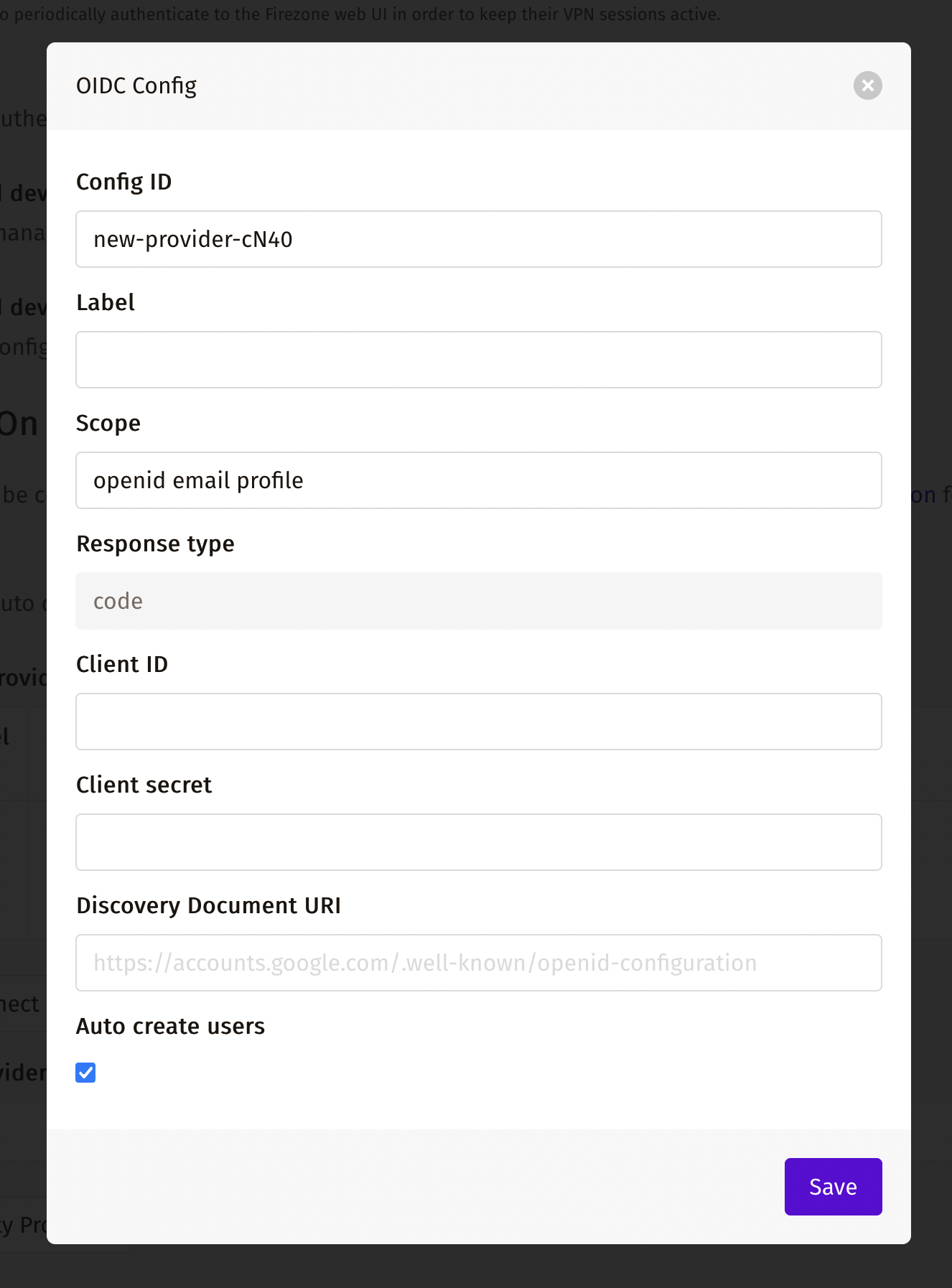 If your IdP isn't supported or you'd like to learn about your options for custom integrations, contact us to learn more about our Business plan features.